Menu
Log in
Register
Install the app
You are using an out of date browser. It may not display this or other websites correctly.
You should upgrade or use an alternative browser.

(alright everyone, you have until Friday to give your likes/contributions to the final story so we can move on. Seems like it's between CovTech and Labmom).
L

as teachers are ignorant to what technicians actually do

One more day to go!
P

and think we're wizards with laws of science-bending powers

Hoc Est Iocus is famous throughout the universe for being the perfect school. Every teacher is a nobel prize winner and that should say it all.
The science department has an unlimited budget and is equipped with the latest technology anyone could ever dream of. In fact, Area 51 employees have recently visited the premises to try and mimic their efficiency and technology.
The lone technician who works there has three nobel prizes in physics, chemistry and biology and was born with the unusal mutation of having 4 perfectly functioning arms which come in useful with carrying trays and multitasking. He also has eyes at the back of his head and a leg protruding from his back which can be used as a spare.
However, he isn't much of a conversationalist since he only knows one word since childbirth, that being "Yes". Despite this setback, he is extremely popular in the science department and loved by all staff.

The Area 51 Science Technician was amazed by the requisition system which was implemented by the technician at the school. It was otherworldly, yet simply spectacular and not like he had seen before. Up to this day, Area 51 has only used LabLogger but this has prompted a change.

The requisition system at Hoc Est Iocus consisted of...

Anywho back to the original point of the story: The end.

Award winning ceremony to come soon, as well as a sneak peak at season 3.

Congratulations to ***CovTech*** for being the season 2 sleeve rolling champion!

Please all shower him with likes and a big thank you to everyone who participated.
As is custom, please allow me to present the Sleeve Crown as a token of your victory:

Wear it with pride and shall it ever protect you from evil tailors and short sleeve assassins!

Please all join me for the national Sleeve Rolling anthem as we celebrate our new victor:

Thy choicest gifts in store
On it be pleased to twist,
Long may it remain rolled,
May it defend our laws,
And ever give us emergency,
To sing with heart and voice,
God save our Sleeves.

Your reward is an all expenses paid trip to where history was made on that day: 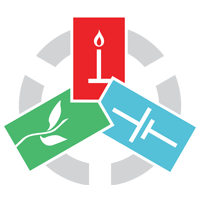 
But what you are all looking forward to: